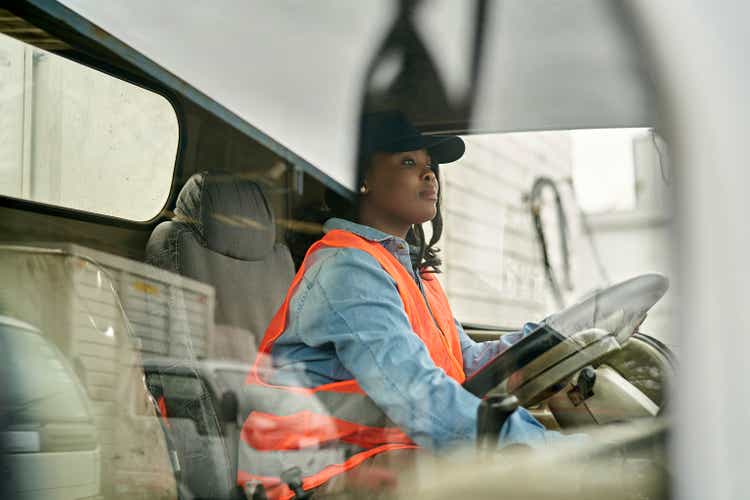 SPDR S&P Transportation ETF (NYSEARCA:XTN) is an exchange-traded fund that provides investors with exposure to companies that operate in the transportation sector. More specifically: Air Freight & Logistics, Airlines, Airport Services, Highways & Rail Tracks, Marine, Marine Ports & Services, Railroads, and Trucking. According to SPDR themselves, XTN’s net assets under management were £424 million as of November 28, 2022, with a gross expense ratio of 0.35%.

Transportation stocks would fall under the “Industrials” vertical in equities.

That makes funds like XTN naturally pro-cyclical. Right now, most of the major developed economies are heading into a recessionary phase (that is, the “real economy”, rather than the market).

However, markets lead the real economy by circa 6-12 months. The lead is naturally variable and unpredictable, but you can generally always count on the market being ahead of schedule.

Perhaps the only exception are “black swan” events. The business cycle is more predictable, and the U.S. is heading into a recessionary phase. This is based on moderating growth, tighter credit, earnings pressures, inflationary pressures/less stimulus, and higher inventory/sales ratios.

Recessions themselves usually last less than 12 months. I suppose one could form a bear case, on the basis that if we assume a recession happens by late 2023 or early 2024, you might have a real-economy low around from mid-2024. That would mean that equity markets might form a low as late as mid-2023 (in six or seven months’ time).

Having said that, business cycles have been moving quickly, markets have already fallen significantly, inflationary pressures are beginning to abate, and markets generally have a habit of making fools out of forecasters. It is perhaps best to focus on value, potential IRR, and other leading macro drivers like credit creation.

In nominal terms, total bank credit/lending to the private non-financial sector was on the rise into Q1 2022 (see below), which is a leading indicator (by up to 12 months, usually). 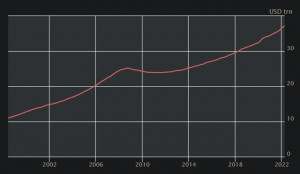 The backdrop is noisy, with possibly conflicting indicators, but liquidity does not seem to be an issue (no black swans, like 2007/08), and inflationary pressures are beginning to show signs of abating (one of the greatest concerns for equity markets as of recent). It makes sense that markets will start to preference the longer run, and value, even if we do not see a Fed pivot any time soon, or “melt-up” scenario.

XTN’s focus on transportation makes the fund naturally cyclical, and timing the bottom is going to be difficult.

The chart below shows XTN’s share price against the price of the S&P 500 U.S. equity index. The fund outperformed the S&P 500 during the “boom times” of 2020 and early 2021, but tailed off, and has generally weakened this year.

Over the long haul, and since inception in early 2011, XTN has traded within a wide but stable range when against the S&P 500 level; it is currently near the lows, which suggests it might be attractively priced at this juncture.

The fund’s benchmark, which it seeks to track, is the S&P Transportation Select Industry Index. We can use the most recent factsheet of this index as a basis for approximating XTN’s portfolio value.

This factsheet (as of October 31, 2022) reported trailing and forward price/earnings ratios of 17.3x and 14.85x, respectively. The price/book ratio was 1.89x, with an indicative dividend yield of 1.41%. These figures suggest a forward return on equity of 12.73%, with a dividend distribution rate of about 24%.

The forward earnings yield is 6.73%, as compared to the current U.S.

If we assume that the return on equity moderates over time to about 10%, and assuming other factors hold (with no share buybacks assumed), XTN should generate an IRR of circa 9.57% (see below). That is assuming a three- to five-year earnings growth rate (see top-right) of 6.39-8.44%. 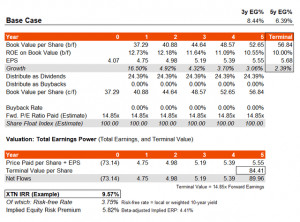 Morningstar provides us with a three- to five-year average earnings growth estimate of 14.45%. So, my figures actually under-estimate the consensus quite safely, at least over the longer term.

The model implies a beta-adjusted equity risk premium of 4.41%, which is fair. For a possible IRR of 9-10%, I would say XTN is priced attractively, although perhaps it does not appear as a “steal”. Having said that, my earnings growth projection is possibly on the conservative side if we are to trust the consensus analyst estimate of almost 15%.

While I would err on the side of being conservative, I like that XTN’s valuation opens up the possibility for surprise upside rather than surprise downside (on the balance of probabilities).

I also think XTN will likely rebound cyclically as a new business cycle emerges on the horizon, and markets lead the real economy into the new cycle.

COVID-19 and numerous risk factors in 2022 have created a difficult and unpredictable business environment, but the storms will eventually pass, and XTN’s future looks constructive.