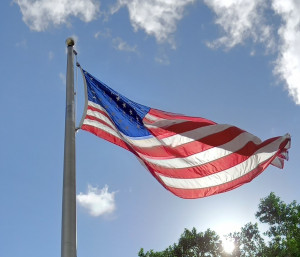 The prior month increase meanwhile was revised lower by one tenth of a percentage point to 0.3%. In comparison to a year ago, durable goods orders were left standing 10.9% higher. For October, and excluding transportation, orders were up by 0.5% on the month (consensus: 0.1%) and excluding defence by 0.8%.

Orders for motor vehicles and parts jumped by 0.6% in comparison to September to reach £61.8bn and those for non-defence aircraft and parts by 7.4% to £19.82bn. Large increases were also recorded for machinery, computers and related products as well as for communications equipment. Orders for non-defence capital goods excluding aircraft meanwhile reversed much of the prior month's fall, rising by 0.7% and were ahead by 9.2% over the year.

Commenting on the latest figures, Ian Shepherdson, chief economist at Pantheon Macroeconomics, said that orders ex-transportation were "much stronger" than he expected and that core capital goods orders had also surprised him. Nonethless, taking into account September's decline in the latter, then on net terms orders were little changed which itself marked a clear slowdown on gains in spring and summer, although in nominal terms they perhaps need not necessarily slow much further - although to some extent that would depend on capital goods disinflation in coming months. "Prudence dictates that we should expect clear falls in nominal core capital goods orders in the months ahead, bringing them closer in line with the survey data.

But we're open to changing our minds; the uncertainty here is enormous." For his part, Oren Klahkin, lead US economist at Oxford Economics, chipped in saying: "The recession is not here today, but we continue to believe that economy conditions will deteriorate in 2023. "[...] The Fed is determined to bring inflation down to 2% even if it means their rate hike campaign will break the economy, which is policymakers' and our own base case.

The recession will be a "garden variety" downturn because there are no glaring household or corporate sector imbalances."