Tyremakers brace for winter chill of the West 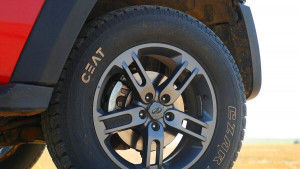 Geopolitical challenges and recessionary trends are threatening to upset tyre demand across Europe and the US, posing problems for the Indian tyre companies who depend on these developed markets to drive their margins. Ceat, Balkrishna Industries, Apollo Tyres, MRF and JK Tyres are the Indian brands that export tyres to the developed markets of the West, competing against heavyweights like Michelin, Bridgestone and Yokohama. A surge in the cost of energy, raw materials and transport has impacted growth in several of these markets battered by high inflation, forcing several Indian tyremakers to put out a bleaker export outlook, especially for Europe and the US.

The ongoing war between Russia and Ukraine is expected to compound problems for the European region for the rest of the year. Also Read | Drone manufacturing, portable petrol pumps, biomass pellet manufacturing to be included under NIC code "The situation in Europe is challenging and this may have an effect on our performance in H2FY23.

The demand pattern has been relatively better in North America, however, recession fears have impacted the growth rates. Looking at the current geopolitical challenges across the globe especially in Europe, which is also our biggest market, there are strong headwinds," Balkrishna Industries, one of India's biggest exporters, said in its analyst presentation after the Q2 results. About half of the total volume of Balkrishna Industries, whose brand BKT is a leader in off-highway tyres (OHT) catering to agriculture, industrial, earthmoving and mining segments, is clocked in Europe, while another 20% is sold in the Americas.

"Given the demand challenges, dealers across Europe and the US have been destocking and aim to lower inventory to two months as against three months currently (normal levels at three-four months). The (BKT) management has withdrawn its volume guidance for FY23 on account of headwinds (guided for 12% y-o-y growth earlier)," a note from Systematix Institutional Equities said. Ceat sales outside of India accounts for 18-20% of its total sales.

The company has been present in Europe for 6-7 years through passenger car radials (PCR) and OHT. While the company is expecting a slowdown in Europe, it has decided to pump in investment to expand the OHT capacity aimed at Europe and the US. Also Read | Covid-hit micro enterprises struggling to recover with sales at 44%, profit at 31% of pre-lockdown levels: Survey

"Currently, we are seeing some recessionary pressure. Year-on-year, I think we are seeing positive growth, but quarter-on-quarter there is a slowdown with respect to European markets," Anant Goenka, MD, Ceat, said at a recent analyst call. For the Kanwar-family promoted Apollo Tyres, Europe contributed 27% to its consolidated revenue mix.

It sells tyres under the premium brand Vredestein in Europe. "We expect market slowdown in PCR, TBR (truck and bus radials) and OHT segment in Europe," Apollo Tyres said in a recent note.

"Growth in tyre exports from India was robust in FY22 supported by a healthy demand from key export destinations such as the US and European nations.

However, the economic slowdown in the US and European nations is expected to impact export demand and growth is expected to be flat in FY23," an Icra report stated.