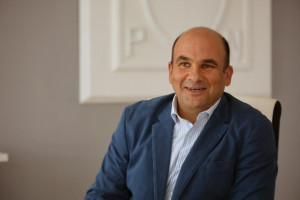 The EU road transport reform has increased the transportation expenses to Malta by EUR360 more when compared to other countries, prospective Nationalist Party MEP candidate Peter Agius said. In February 2020, the European Parliament voted in favour of amendments to EU rules for posting of drivers, drivers’ driving times and rest periods and better enforcement of cabotage rules aimed to put an end to distortion of competition in the road transport sector and provide better rest conditions for drivers. Companies have to organise their timetables so that drivers in international freight transport are able to return home at regular intervals; every 3 or 4 weeks depending on the work schedule.

The mandatory regular weekly rest cannot be taken in the truck cab. If this rest period is taken away from home, the company must pay for accommodation costs. The new rules will also require trucks to return to the company’s operational centre every 8 weeks.

Using light commercial vehicles of over 2.5 tonnes will also be subject to EU rules for transport operators, including equipping the vans with a tachograph. The laws came into effect in February. Two years ago Agius had said how the EU’s transport of containers by truck will negatively affect Malta but Malta was too late to oppose the rules passed.

Agius said that after a meeting with the International Road Union (IRU) in Brussels, the IRU said that the costs for transport to Malta have increased by EUR360 more than other countries. He said that the EU does not understand Malta’s needs as an island because the government does not voice these needs enough. He suggested that alliances with other islands like Ireland and Cyprus should be made, and Malta should insist on carefully considered amendments from next year.

“This is a very important subject for our families who are paying EUR360 euros in cost of living expenses and also for Maltese businesses who are losing their competitiveness compared to foreign companies,” he said.