How crash testing will adapt to the ‘safest’ cars ever

November 2022 constituted a significant landmark for the European New Car Assessment Programme, signalling the completion of its 25th year in business following its formation in December 1996. Unquestionably, Euro NCAP has much to feel proud about. Over a quarter of a century, it has become synonymous with raising car safety standards, particularly through its now omnipresent star rating system.

While it sees its role in relatively simple terms - as a consumer organisation that tests the safety performance of cars to push forward development across the industry - its impact has been extensive. Speaking to Autocar Business from Euro NCAP's base in Leuven, Belgium, secretary general Michiel van Ratingen is justifiably proud of how successful the programme has been. "Today, no consumers should actually be worried about the basic safety of a vehicle. Overall, the European market is perhaps the safest in the world when it comes to vehicle safety.

That doesn't happen automatically. That happens because you continuously push the boundaries and the barriers to make sure that equipment, which is often readily available, actually ends up in the vehicles." Far from being a month of reflection, however, November was a time to look forward thanks to the publication of Vision 2030, a manifesto for the future created to ensure safety remains a priority in the industry.

At its very outset, Vision 2030 makes clear that we are now in an era that presents new challenges, acknowledging "an increasingly complex landscape of safety technologies, many of which [buyers] do not fully understand or appreciate." It's little surprise, then, that its scope is so vast. Although the headline five-star rating will remain in place, this shifting landscape is set to result in some fundamental alterations to how Euro NCAP assesses cars, with four distinct phases of a potential crash to be considered: safe driving; crash avoidance; crash protection; and post-crash safety. This will take effect from 2026, with Euro NCAP switching to a three-year protocol update cycle.

Other changes include the introduction of 'virtual' testing, improved testing for vulnerable road user protection (such as cyclists and pedestrians) and the arrival of rating incentives for driver monitoring systems. 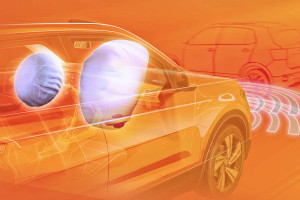 Also on the agenda are assessment of assisted and automated driver support systems; a requirement for more efficient speed assistance technology; more accommodation of connected tech such as vehicle-to-vehicle communication (V2V) and vehicle-to-everything communication (V2X); and promoting best practice in vehicle security and data access.

The full roadmap is available to read here, and while there can be no denying that it will result in safer cars, it's apparent that the path will not be straightforward. Indeed, Vision 2030 itself acknowledges: "During negotiations on these protocol updates, sometime[s] requirements were softened to ease the introduction of a new technology. Nevertheless, the challenges of the 2023 rating requirements will still be insurmountable for some manufacturers."

Of course, one manufacturer that has been increasingly vocal about the cost and complexity of car tech is Dacia. It has regularly reinforced its intent to keep prices down by avoiding what it considers non-essential features, and has stated it is "not chasing Euro NCAP stars".  Van Ratingen acknowledges Dacia's position. "Of course, I understand their point of view," he says.

But he adds that he believes that the budget brand "and others" are "really taking advantage of the huge gap between what type approval requires versus what Euro NCAP would recommend" at the expense of customers - "people who are not really involved and just look at the price." However, one potentially positive outcome of this debate is that it has presented an opportunity to raise awareness and engagement among these customers. He continues: "On social media, we sometimes get very strong comments back from consumers asking why we are giving a car that doesn't have driver assistance systems such a low score?

The understanding of a lot of consumers is that crashes are unavoidable.  "But we are way beyond that point. Crash avoidance technologies should be really looked at as life savers rather than just nice-to-have gadgets.

But you can't expect people to understand it first time round, so we have to repeat it and repeat it." 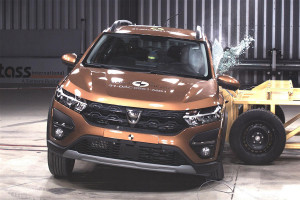 Tangible evidence of the influence of Euro NCAP came earlier this year, with the introduction of General Safety Regulations (GSR2) that made a number of technologies - such as AEB, lane support and speed assistance - standard on all new cars sold in the European Union and the United Kingdom.

As van Ratingen points out: "All these technologies mandated in 2022... four years ago we already managed to have these in basically all passenger cars." In the past, the slow pace of regulation has been a frustration, but van Ratingen believes that moving forward it may no longer be an issue due to one very specific event: Dieselgate. "It shook the system in Geneva significantly, not just in emissions but also in safety," he explains. "Since then, there has been a lot more activity going on, on automated driving and other technologies such as distraction and attention evaluation, where I think it's perhaps too early to regulate.

I'm a big supporter of the market, and the market should lead. And that's why I'm at Euro NCAP, because I believe that we can help the markets realise their ambitions.  "But I'm not a big fan of regulation too early because it will stifle innovation.

It will push certain manufacturers to offer low basic systems that could comply with regulation and then stop innovating. This is not good. Sometimes it's better to keep the things open to see what individual car manufacturers are offering and use that as a benchmark for others."

Twenty-five years in, it's obvious that Euro NCAP's role is well defined. But van Ratingen admits that it's hard to predict what the organisation may look like in 25 years' time - although he is adamant about one thing: it will still be necessary. "What ultimately will always be needed is a voice for the consumer," he says. "We must not equate type approval with consumer protection. These are very different things.

We need an organisation that can stand up against vehicle manufacturers and push them to the limit."

Preparing for the future

Vision 2030 also highlights Euro NCAP's desire to embrace new areas - with heavy trucks one specific point of focus. A labelling campaign, centred around crash avoidance tech, is one idea that is being discussed to complement existing regulatory requirements. As well as benefiting the truck industry, van Ratingen believes a venture of this type would help Euro NCAP. "It's a very important step [for us] to go from consumer-oriented communication to a business-to-business type of orientation.

There's no consumer buying trucks, after all. "This is a new audience for Euro NCAP, but it's crucial for the future. If you talk about car ownership decreasing, being replaced by people using or sharing vehicles, it's no longer the consumer who will decide on the safety of the vehicle.

That decision is taken by somebody else - a fleet operator or a service operator.

"So it's quite important that we establish the bridge between NCAP and these new organisations so they understand there is information out there that goes beyond type approval - and in fact, maybe it's a commercial advantage if they offer something which is safer than their competitor for people to use."