Former World champion cyclist run over by a truck, dies 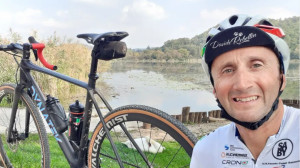 The former world champion runner up in 2004, Davide Rebellin, was killed after he was run over by a truck whilst out on his bicycle in vicinity of the municipality of Montebello Vicentino.

Local media and news site 20minutos reported on Wednesday, November 30 that the 51-year-old was hit by a truck that did not stop. Several eyewitnesses report seeing the truck hit the Italian cyclist and continue on its journey.

Rebellin ws knocked unconscious and died later in hospital. A professional for more than 10 years, Rebellin was one of the top riders to come from Italy winning the Amstel Gold Race, 3 Walloon Arrows, a stage of the Giro d’Italia, the San Sebastian Classic and the Tirreno Adriatica and Paris-Nice. He also represented Italy at the 2008 Beijing Olympics and although they were awarded medals, these were later stripped from the team over a doping scandal.

Rebellin had taken the silver medal after being overtaken in the final sprint by Spaniard Samuel Sanchez. A year later he was found to the third generation of the synthetic hormone EPO in his and although he appealed to the European Court of Arbitration in sport his appeal was dismissed in 2010. . In total Rebbellin has 61 victories to his credit with his race the classic of Veneto on October 16.

Although the former world champion’s career was blighted by the doping scandal, being run over by a truck is no way to die.

Thank you for taking the time to read this article, do remember to come back and check The Euro Weekly News website for all your up-to-date local and international news stories and remember, you can also follow us on Facebook and Instagram.