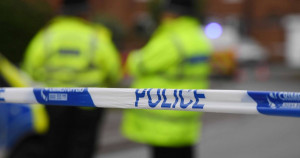 Five people have been detained by immigration officials after police found them inside a lorry in Berkshire. Officers found the five Iranian nationals in the vehicle in West Berkshire on Sunday, November 20. Thames Valley Police stopped the lorry near Newbury and found the Iranians inside.

They will be dealt with in accordance with immigration rules. A Home Office spokesperson said: "The government is tackling illegal immigration and the harm it causes by removing those with no right to be in the UK. We continue to work with law enforcement agencies to tackle illegal migration in all its forms."

READ MORE: West Berkshire pub closes as 'cost of living' and rising prices 'too difficult' According to statistics from the United Nations High Commissioner for Refugees (UNHCR) more than 20,000 people fled Iran in 2021 and applied for asylum in other countries. Since September there has been widespread civil unrest in Iran following the death of Mahsa Amini, who is believed to have been murdered by the morality police for 'incorrectly' wearing her hijab.

The Human Rights Activists News Agency (HRANA) says that at least 400 protestors have died since her death on September 16.

Many people have fled the country in fear for their safety.