Cycling star Davide Rebellin (51) killed after being struck by truck 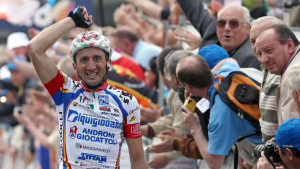 Italian cyclist Davide Rebellin, one of the sport’s longest-serving professionals, died on Wednesday after being struck by a truck while training. He was 51. ebellin was riding near the town of Montebello Vicentino in northern Italy when he was hit by a truck near a motorway junction. The vehicle did not stop, although Italian media reported that the driver may have been unaware of the collision.

Local police are working to reconstruct the incident and find the driver. Rebellin had only retired from professional cycling last month, bringing to an end a career that had spanned 30 years. He last competed for Work Service-Vitalcare-Dynatek and the UCI Continental team posted a tribute on its social media accounts.

“Dear Davide, keep pedaling, with the same smile, the same enthusiasm and the same passion as always,” the Italian team said. “This is not how we imagined the future together and it is not fair to have to surrender so suddenly to your tragic absence. “To your family, your loved ones, your friends and all the enthusiasts who, like us, are crying for you right now, we just want to say that we imagine you on a bicycle, looking for new roads, new climbs and new challenges even up there, in the sky.” Rebellin’s successes included victories at Paris-Nice and Tirreno-Adriatico as well as winning a stage in the 1996 edition of the Giro d’Italia, which he also led for six stages.

Rebellin won silver in the road race at the 2008 Olympic Games, but he was later stripped of his medal and banned for two years after a positive doping test.

He had denied wrongdoing.