UK fast fashion giant Boohoo has defended itself after an undercover investigation by The Times alleged staff were made to work in uncomfortable conditions. The Times investigation published today (23 November) followed a reporter employed as a picker at Boohoo's Burnley, Lancashire warehouse for a month during August and September this year. The reporter complained of working in heat of up to 32C during a night shift, walking up to 13 miles per shift - more than three times the average Boohoo has previously claimed staff cover - and being treated as "fodder" with managers timing breaks.

Other allegations include non-white workers being told by a white marshall to work in the hottest area of the warehouse while white staff were sent to a cooler area. Claims of sexual harassment have also been made. Work at the Boohoo warehouse was "grinding, physically demanding and monotonous", the reporter claimed.

Employees are paid GBP11 an hour for shifts of up to 12 hours, with the reporter also claiming a "constant" turnover of staff at the site. Boohoo has come under fire for working conditions in the past and in 2020, accepted the recommendations of an independent review that found "major failings" in its supply chain in the UK. Boohoo subsequently pledged to fix the problems through its 'Agenda for Change' programme.

A spokesperson for Boohoo told Just Style that the allegations made by the reporter were not reflective of the conditions at the Burnley warehouse and that as "one of the biggest employers in Burnley", around 90% of workers are permanent Boohoo staff, which is "quite unusual in logistics where most staff are agency". The retailer said it employs agency staff who are then given the opportunity to work for Boohoo on a permanent basis, resulting in a higher wage for the employee. During the summer months, the spokesperson added that staff were "taken care of" with extra water provided, in addition to snacks such as ice creams to help them with the heat.

In a statement issued by Boohoo, a spokesperson said: "Boohoo is taking every claim very seriously, but does not believe the picture painted is reflective of the working environment at our Burnley warehouse.

Over recent years, we have invited and subsequently received representatives from external organisations, authorities and people such as the GLAA, local MPs, the Deputy leader of the Local Council, and Burnley College, and we remain committed to transparency and engagement. "Making sure our people are safe and comfortable in their workplace is our highest priority. That is why more and more of our colleagues are choosing to stay here for longer, with our turnover rate continuing to fall year-on-year.

We offer generous rates of pay, well over and above the National Living Wage, with additional benefits including subsidised private healthcare. Through our employee engagement programme, our colleagues tell us that they are happy with their working environment, feel valued and feel listened to. "We have been operating our Burnley warehouse for 12 years and are extremely proud of the work that we do there, the amazing team we have on-site and the important part our business plays in giving back to the local community."

In relation to the individual claims, Boohoo has said:

Pickers - the role of The Times' undercover reporter - walked 7.8 miles per shift on average in August 2022. We have not been told what specific tracking device The Times' undercover reporter used in coming up with the 13-mile figure. Our data - taken from GPS devices - strongly refutes this. On all of his shifts, the reporter showed a maximum distance of 8.5 miles and an average distance of 7.3 miles, below the average.

On one night, he only reported 3.5 miles.

The Times' undercover reporter worked for Boohoo during an unprecedented heatwave where the weather was extreme and this posed challenges for all businesses. We include heat preparation in our management meetings during summer months. We take proactive steps to keep colleagues comfortable, including but not limited to rotating colleagues across higher and lower floors during shifts, providing water fountains and bottles, monitoring pregnant women and we have fans on every floor in the warehouse.

All colleagues can access water whenever they require it. There is water available on every floor and there are no limits on how many times people can use them while on shift.

We have not had any formal complaints of racism but have, on seeing the video published by The Times, immediately opened an urgent investigation. We have a zero-tolerance approach towards racism and view allegations of racism with the utmost seriousness.

We have 48 nationalities among our colleagues on site and we are proud to have such a diverse team.

We are aware of the incident referenced, which occurred in early 2021, and confirm this was investigated immediately in accordance with our robust procedures. We do not comment further on individual cases. We have a strong training programme across the business to foster a respectful, safe and inclusive workplace.

We have confidential reporting methods available should any of our colleagues have a concern.

Any suggestion that we do not take our duty of care for colleagues seriously is misleading. We take all reasonable steps to safeguard our colleagues. This includes but is not limited to full training for all colleagues on every new area of the warehouse, including manual lifting, and allowing people to wear their own footwear where safe and providing all sizes of safety shoe where required.

Boohoo told Just Style it was "constantly reviewing requirements" in response to speculation it cancelled orders with its suppliers following the fall in first-half sales and profits, which it attributed to the cost of living crisis. 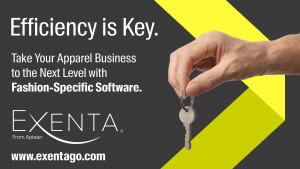 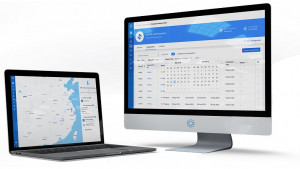 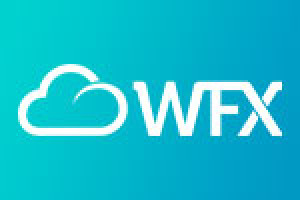