Antitrust and Private Enforcement: A Recent Judgment by EU’s Top Court Requires Defendants to Produce New Documents That Can Be Used Against Them 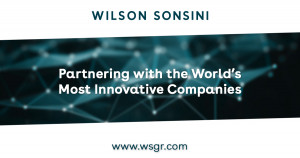 On November 10, 2022, the European Court of Justice (ECJ) ruled that the disclosure of "relevant evidence" under Article 5(1) of the Damages Directive also covers evidence that does not exist and that the disclosing party must create ex novo, subject to principles of proportionality and necessity. Background of the dispute. The EU's top court was responding to Barcelona's Commercial Court, in which claimants had requested access to information from truck manufacturers that had participated in an EU-wide cartel, where they were fined EUR 2.93 billion in 2016 for colluding to share pricing information and pass on environmental compliance costs to consumers.

In their follow-on action, private claimants (truck purchasers) requested information related to (among others) truck models and factory prices during the infringement period, to allow them to compare recommended prices for trucks before, during and after the cartel period. The defendants argued that such data do not exist and would have to be drawn up. New documents as evidence.

Once a violation of competition law (e.g., in the format of a cartel) has been established by the European Commission (EC) or national antitrust authorities, private claimants can pursue follow-on damages actions in national courts under the Damages Directive. In its most recent interpretation of the boundaries of private enforcement, the ECJ said that the Damages Directive may require a defendant or a third party to create new documents compiling or classifying information, knowledge, or data in its possession. The ECJ found that the Directive makes "no distinction" about the pre-existing nature of evidence being sought and therefore concerns all forms of proof, thus "forcing" defendants or third parties to create new documents that can be used by plaintiffs as evidence in private damages actions.

To allow effective private enforcement, the ECJ prompts defendants to go "beyond mere research and selection of documents already in existence"1 or simply allow access to underlying data; they should be required to compile in a new document "the information, knowledge or data" in their control. Proportionality check. Still, according to the ECJ, disclosure by means of creation of new documents must be "subject to strict review by national courts," which are required "to restrict the disclosure of evidence to that which is relevant, proportionate and necessary, taking into account the legitimate interests and fundamental rights of [the defendant or third party]."2 Accordingly, national courts should assess whether this type of ex novo disclosure would impose a disproportionate burden on a defendant or third party depending on the cost or the workload the request would require.

What Is the Status in the UK? In the UK, claims for damages arising from infringements of competition law can be brought in the Competition Appeal Tribunal (CAT) or in the High Court. While disclosure regimes for both of these forums do not explicitly address the concept of a party creating documents ex novo, they afford their judges ample discretion when ordering disclosure.

The CAT or the High Court can give directions for disclosure (having regard to the need to limit disclosure to what is necessary), including in what format documents are to be disclosed, what searches are to be undertaken, in what format documents are to be disclosed, and what is required in relation to documents that once existed but no longer exist. With regard to third parties, while the CAT and the High Court can order disclosure of their documents, their powers are more limited, i.e., i) the documents for which disclosure is sought should be considered likely to support the case of the applicant and ii) disclosure would be necessary to dispose fairly of the claim or to save costs. What Is the Status in the U.S.?

Disclosure rules for civil litigation in United States federal courts generally do not require third-parties to create documents or other information that do not already exist.3 Federal Rule of Civil Procedure 45 allows parties in civil litigation to issue subpoenas to non-parties, who must i) produce documents as they are kept in the ordinary course of business, and ii) produce data or electronically stored information in the form in which it is usually maintained or in reasonably usable form(s).4 Beyond the rules for party discovery in United States civil litigation (i.e., discovery from plaintiffs and defendants),5 Rule 45 contains provisions designed to provide additional protection to non-parties from the financial burden associated with participating in discovery in civil litigation.6 United States federal courts regularly reject requests in civil litigation seeking to compel non-parties to create new materials in response to Rule 45 subpoenas, because new, non-existent documents are not in a non-party's "possession, custody, or control," and thus beyond the scope of a Rule 45 subpoena.7 However, United States courts regularly require non-parties to produce data where compliance with the subpoena request requires the recipient to query an existing database and export stored information.8 In such situations, courts have reasoned that searching for and exporting information from an existing database does not amount to the creation of a new document.9 Courts typically apply the same rules discovery requests by parties in civil litigation in United States federal courts.10 A subpoena recipient is not required to disclose electronically stored information it identifies as not reasonably accessible because of undue burden or cost, unless the requesting party shows good cause; in such cases, the court may specify conditions for the disclosure.11 In practice, when a non-party in United States antitrust litigation resists discovery, and a dispute is brought to a court for resolution, courts are likely to permit broader and more resource-intensive discovery from large, sophisticated non-parties with significant financial resources, and more likely to impose restrictions or narrow the scope of discovery sought from smaller companies with more limited resources. Conclusion

The EU top court's most recent judgement regarding private enforcement follows its recent plaintiff-friendly path. In its recent Sumal and Skanska judgements, the ECJ had applied the "single economic unit" doctrine to expand "upward" and "downward" liability respectively, meaning that both parent and subsidiary companies can be (under certain conditions) liable for damages for competition infringements committed by other companies within their group. Now the ECJ alleviates the information asymmetry between plaintiffs and defendants by expanding the scope of disclosure beyond pre-existing documents.

This ruling is expected to have implications for both defendants and third parties that hold relevant information that can be used to support a plaintiff's case, including online marketplaces, data aggregators, and market measurement companies. For more information, please contact Beau Buffier, Jindrich Kloub, Kenneth O'Rourke, Tina Sessions, Jeff VanHooreweghe, or any member of the firm's antitrust practice.

7, 2020) ("Although a subpoena under Rule 45 may require a non-party to produce 'documents, electronically stored information, or tangible things in that person's possession, custody, or control,' Rule 45 does not contemplate that a non-party will be forced to create documents that do not exist.") (citations and internal quotations omitted). [4] FRCP Rule 45(e)(1)(A)-(B). [5] See FRCP Rule 34.

Producing Documents, Electronically Stored Information, and Tangible Things, or Entering onto Land, for Inspection and Other Purposes. [6] FRCP Rule 45(d), "Protecting a Person Subject to a Subpoena; Enforcement." [7] Crawford v.

LEXIS 60690, at *12-13 (N.D. Ind. June 3, 2011) ("The power to subpoena documents from non-parties during discovery is limited to records that already exist and are within the non-party's possession.

4, 2020) ("However, courts also have held that a requested search 'requiring a party to query an existing database to produce reports for opposing parties' does not equate to requiring the creation of a new document . . . This reasoning also has been extended to requests to non-parties.") (citations omitted); Adams v. Target Corp., 2021 U.S.

2020) ("[A] responding party may be required to query a database to extract and export information when reasonably requested . . . Querying a database and extracting or exporting information does not constitute the creation of a new document.

24, 2020) ("A request for production is used to obtain documents as they are kept in the usual course of business. Fed. R.

34(b)(2)(E)(i). This means that a party responding to requests for production need not create new documents to comply with a request."); Mervyn v.

23, 2015) ("[R]equiring a party to query an existing database to produce reports for opposing parties is not the same as requiring the creation of a new document.").