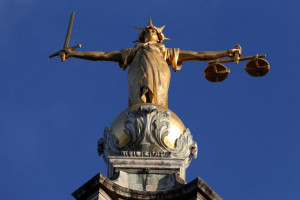 An alleged leader in a lucrative people-smuggling operation has appeared at the Old Bailey accused over the deaths 39 men, women and children in a lorry trailer in Essex. The Vietnamese nationals were found dead in the container which had been transported by ferry from Zeebrugge in Belgium to Purfleet early on October 23 2019. Marius Mihai Draghici, 49, was detained by police in Romania in August.

Draghici is suspected to have been a leading organiser in a network that co-ordinated immigrants’ illegal journeys to the UK. On Wednesday, he appeared at the Old Bailey by video link from Chelmsford prison. He is charged with 39 counts of manslaughter and conspiracy to assist unlawful immigration with haulier Caolan Gormley and others.

Gormley, 25, from County Tyrone, Northern Ireland, has previously denied the charge of conspiracy to assist illegal immigration and was not required to attend the hearing. It is alleged he allowed vehicles in his road haulage fleet to be used to transport migrants into the UK. During the hearing, Judge Mark Lucraft KC set a further plea hearing for February 3 next year.

A four-week trial for Draghici and Gormley will be heard before a High Court judge. A trial date of November 6 next year is expected to be confirmed at the next hearing. Draghici, who spoke only to confirm his identity, was remanded into custody.