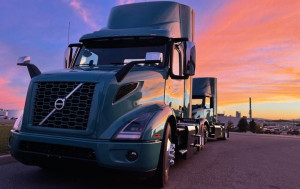 The sun might not be setting on the beloved internal combustion engine, after all. Photo: Jack Roberts

I mark 2015 as the year the North American trucking industry got the memo that massive, change was on the horizon. Each year since then, it seems we get a little bit closer to the disruption and transformations that it will bring – while not noticing that in the rush of our busy days, those changes are already taking place and setting the stage for the larger transformations yet to come.

Every year, the future for trucking becomes just a little bit clearer. And so it was for 2022. New tech and trends emerged that give us insight into where this industry is headed and how we’ll move freight in the future.

Here are my three biggest take-aways from the year 2022, as I look ahead.

Just a couple of years ago, it looked the writing was on the wall for the tried-and-true internal combustion engine (ICE). After more than a century of truly amazing service helping to modernize the planet, it looked as if newer, cleaner, more environmentally friendly means of propulsion would soon start chipping away at the ICE’s dominance, eventually replacing them with hydrogen fuel cell and battery-electric powertrains.

But several OEs around the globe, notably Cummins and Clear Flame, are hard at work pioneering a whole new generation of ICEs that can run on any number of clean fuels, such as ethanol or natural gas. And, moreover, these OEMs are claiming that these new, clean fuels, will deliver performance that is absolutely on par with today’s diesel engines. If this tech trend pans out over the next several years, and OEs go to market with a whole new generation of clean-fuel ICEs that perform as well as today’s diesels in long-haul applications, you don’t have to be a fortune teller to understand that this could upset current predictions about how the industry as a whole will convert to green propulsion technology in the future.


Ever since the first Freightliner autonomous truck cruised across Hoover Dam back in 2015, speculation about when this new technology would enter into mainstream fleet operations has been rampant. Would autonomous tech kick drivers out from behind the steering wheel from the outset? Or would we see a more measured transition, with drivers and the computers sharing driving time?

It’s beginning to look like the advent of autonomous technology in fleets will have a more modest rollout – although it’s one that I think makes a lot more sense. Based on test drives I took hosted by Plus this year, I think autonomous technology will make its debut as increasingly effective driver assistance aids, boosting advanced driver safety systems (ADAS) and helping drivers remain alert and manage tough, congested, driving environments. And I think this is the most logical path forward for this new technology.

First, because it offers powerful benefits for fleets and drivers alike out there on the highway. And secondly, it gives the industry a chance to get acquainted with autonomous vehicle systems in a measured, manageable way, so that when fully formed, true, driverless technology finally arrives, fleets will have some years of valuable, hands-on, experience to draw on as they deploy this trucks in real world operations.

3. The 2027 Emissions Regulations are Going to Shake Everything Up

Environmental Protection Agency and California Air Resource Board diesel exhaust emissions regulations can always be counted on to create a period of chaos in North America trucking. But the 2027 regulations coming at the industry could be in a league of their own when it comes to disruption and transformations. Back in September of this year, I did an interview with Kenny Veith, president and senior analyst at ACT Research, that really opened my eyes as to just how wild 2027 could be for trucking – with everything from a massive Class 8 prebuy in 2026 to major incentives driving alternative fuel vehicles and even fully autonomous (truly driverless) trucks in the mix.

Veith was careful to point out that there are still a lot of things we don’t know about these regulations. So EPA 2027 is still very much a wildcard scenario that could play out in several ways we don’t yet fully understand. But it’s definitely the next major disruption on trucking’s horizon – and one that savvy fleet managers would do well to start planning for today. 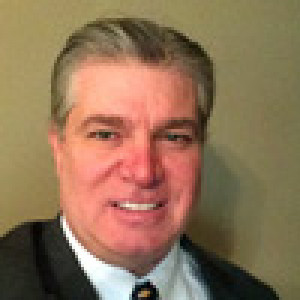 As HDT’s Senior Contributing Editor Jack Roberts has become known for his reporting on advanced technology, such as intelligent drivetrains and autonomous vehicles.

A commercial driver’s license holder, he also does test drives of new equipment and covers topics such as maintenance, fuel economy, vocational and medium-duty trucks and tires.

As HDT’s Senior Contributing Editor Jack Roberts has become known for his reporting on advanced technology, such as intelligent drivetrains and autonomous vehicles.

A commercial driver’s license holder, he also does test drives of new equipment and covers topics such as maintenance, fuel economy, vocational and medium-duty trucks and tires.