VW readies Porsche IPO in one of Europe’s largest listings 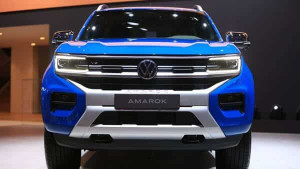 Volkswagen was nearing the finish line Wednesday as it readied the sale of shares in luxury carmaker Porsche ahead of an expected market listing that will rank among the largest such offerings in European history. The German automaker estimates the deal could reap as much as 9.5 billion euros (£9.08 billion) that it can use for its push into software, services and electric and autonomous vehicles in line with the shifting focus of the global auto industry. Volkswagen was finishing the process of lining up investors and determining the final share price, which requires a decision of its board of directors, before the listing Thursday.

The deal enables Volkswagen to tap into investor interest in Porsche, whose fat profit margins of 15% to 20% on vehicles like the 911 sports car and Cayenne SUV are far above the single-digit profits common to mass-market automobiles. The proceeds will help pay for Volkswagen's "massive" investments in revamping factories and research and development, said Christian Stadler, professor of strategic management at Warwick Business School. "They need money, and electrification is super expensive," Stadler said. "And when we look ahead, it's getting more and more expensive to simply borrow money" as interest rates rise.

Stadler said Volkswagen was also likely mindful of the successful 2015 offering of a minority stake in luxury carmaker Ferrari. The transaction values Porsche as a whole at around 75 billion euros, compared with 86 billion euros for all of Volkswagen, including Porsche and its nine other auto brands, before the deal. That outsized value is a testimony in part to expectations that luxury businesses often hold up better during recessions thanks to their well-heeled customer base.

U.S. prices for the Porsche 911 sports car start around £106,000 and head up from there. And companies with different kinds of businesses -- in this case luxury and mass-market cars -- are often valued less together than their parts would be separately, said Michael Grote, professor of corporate finance at the Frankfurt School of Finance & Management. Volkswagen "wanted to get rid of the so-called conglomerate discount," Grote said. "So much value is buried in these large firms that any time there is news that they are going to disentangle them, the share price increases."

Competitor Daimler did something similar by spinning off its truck business from its Mercedes-Benz luxury car business, and pharmaceutical and chemical company Bayer did the same with its polyurethane and polycarbonate materials division, now Covestro, he said. Prospects are clouded for the auto industry as inflation and high interest rates lead to recession fears in major economies such as Europe and the U.S. While Wolfsburg-based Volkswagen will remain the majority shareholder in Porsche and the companies' industrial cooperation will continue, the sale is intended to give Porsche more autonomy.

Volkswagen CEO Oliver Blume, who has kept his earlier role as head of Porsche, will continue in that dual role. (AP) NSA

This story has been published from a wire agency feed without modifications to the text.

* Thank you for subscribing to our newsletter.