At last month's IMHX, UKWA brought together specialists Kevin McCann from Solar Energy UK, Thomas McMillan from Savills and Jenna Strover of Potter Group to discuss the issues behind the headline results of our ground-breaking research report into solar power for warehouses. 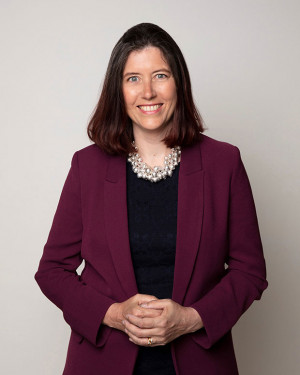 Importantly, the report demonstrated that the economic case for solar power has shifted dramatically with the changing dimension of 2030 environmental targets. Solar Energy UK's Kevin McCann confirmed this, reporting that commercial rooftop deployment is at record levels and stating that the government's Energy Security Strategy expects a five-fold increase in solar by 2035.

Solar panels offer fixed price electricity over a period of years at around 8.5p per unit, with an expected payback within four years or less. Spiraling electricity costs together with an 80% reduction in panel prices, would seem to make solar power an economic 'no brainer' for the industry. However, the decision to install solar is not so straight forward if you're not an owner/operator.

Where operators are tenants - which the majority of warehouses tend to be - it is important for tenants and landlords to work together on a strategy that will undoubtedly achieve the mutual benefit from investing in solar PV. Increasingly landlords are finding investors are keen to see sustainability built in, and what's more, the installation of solar panels clearly improves the value of the asset, so tenants are likely to be pushing on an open door so far as landlords are concerned. UKWA member Potter Group, for example, owns five developments where they control the electricity and sell it back to their tenants.

The company looks at a 5-8 year payback on their lease terms but passes on any savings to tenants. According to Jenna Strover, Head of Commercial Delivery at Potter Space, embracing solar power is in the landlord's interest as CSR and green energy has become more of a selling point, especially since COP26. Some tenants have expressed concern that if they install solar PV, landlords may require it to be removed at the end of lease as part of dilapidations, but a simple License to Alter should cover this and UKWA's new Lease 2022 document can be useful here in balancing tenant's and landlord's interests.

There are other questions too, around grid constraints, funding and capital allowances, but in the meantime, UKWA has unlocked the market with our finding that warehouse rooftops are key to doubling UK solar capacity, while also greening the economy and moving us towards 2050 targets. We will be discussing this topic further and taking the issues to the heart of government on October 11th at our Parliamentary Luncheon at the House of Lords. If you haven't yet signed up, please join us and find out more!