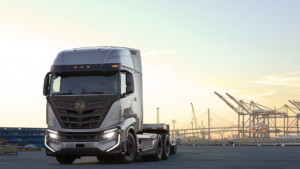 Nikola has been embroiled in one controversy after another thanks to their former CEO Trevor Milton. However, the company did manage to build battery electric semi trucks during all of these in the form of the Nikola Tre. The National Highway Traffic Safety Administration (NHTSA) is now recalling 93 of them due to an issue with the seatbelt, as reported by Car Scoops.

Nikola started production of the Tre truck in the US in March. The company revealed the shoulder anchorage of the seatbelt in some trucks could become detached when a load is placed on it. This is due to improper installation.

The problem was first reported by an employee in July on a truck that had been delivered to a dealership. It was discovered that the shoulder anchorage for the passenger seat had separated from the B-pillar. On investigation, the Tre's cab maker, Iveco discovered that the problem was caused by the final torque on the shoulder anchorage not being installed to specification.

There has not been any warranty claim but Nikola agreed to a recall. The affected trucks were manufactured between November 5, 2021, and June 30, 2022. Customers need to drive the trucks to a dealer where the faulty component will be replaced at no cost.

The European Tre has a driving range of 328 miles and charges to 80 percent in about one-and-a-half hours. The first two electric trucks were delivered late last year.

You can read the full recall notice below.