Delaware man killed after being pinned beneath truck

A man was killed when he was pinned beneath a truck, police in Delaware said.

Officers were called to Beehler Court in the Wilmington area on Sunday for a report of a person hit by a vehicle, New Castle County Police said in a news release.

When officers arrived, they found a 46-year-old man pinned beneath a Ford F-350 pickup truck, police said. Officers and paramedics tried to resuscitate the man, but their efforts were unsuccessful and police said he was pronounced dead on the scene. DELAWARE JUDGE HALTS IMPLEMENTATION OF VOTE-BY-MAIL RULING DURING APPEAL 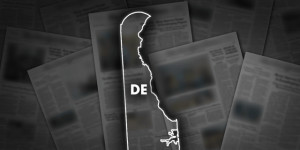 A Delaware man was killed after being pinned beneath a Ford F-350 pickup truck. (Fox News)

DESANTIS-LINKED PLAN TO FLY MIGRANTS TO DELAWARE FALLS THROUGH: REPORT

The initial investigation revealed that the man got out of the truck while it was still in gear and he was hit by the truck, then pinned beneath it, police said.

His body was turned over to the Delaware Division of Forensic Sciences.