NYC could become first US city to charge drivers for congestion

By Wister Hitt For Dailymail.Com

New York City could become the first US city to implement a congestion fee for motorists entering its busiest areas.

The Big Apple's new plan, laid out Wednesday by the Metropolitan Transportation Authority, could see drivers charged as much as £23 to enter Manhattan's central business district.

A study released with the plan projected a reduction in the number of cars entering Manhattan by 15% to 20%, which local officials hope will de-clog streets and boost public-transit ridership.

Local drivers in the city can expect to encounter the £23 fee, while the cost of a round trip by car from areas like Princeton, New Jersey, could be as much as £120. 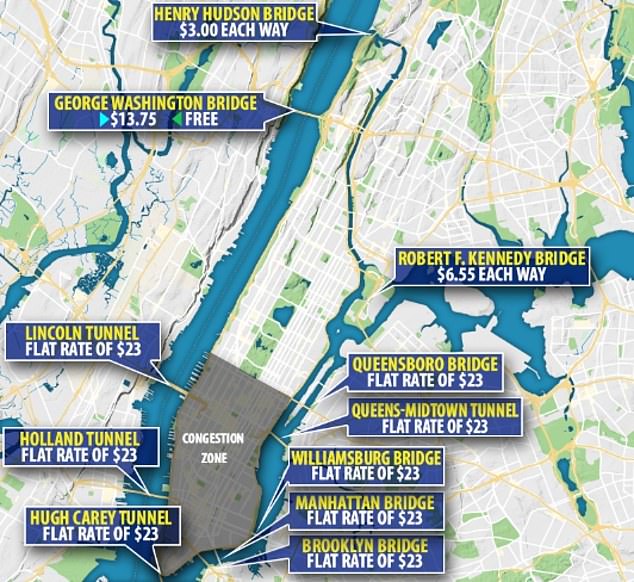 While some areas of Manhattan will be less, all areas south of Central Park will have a flat entry rate of £23 for all drivers, if adopted.

The new fees, which would go into effect as early as 2023, are projected to bring in £1 billion a year for MTA, which runs the city's public transit system and faces a financial crisis as ridership continues to lag behind pre-pandemic levels.

Other major global cities such as Singapore and London already have congestion pricing policies to stamp down traffic.

The city wants to charge a daily variable toll for vehicles entering or remaining within the central business district, defined as between 60th Street in midtown Manhattan and Battery Park on Manhattan's southern tip. 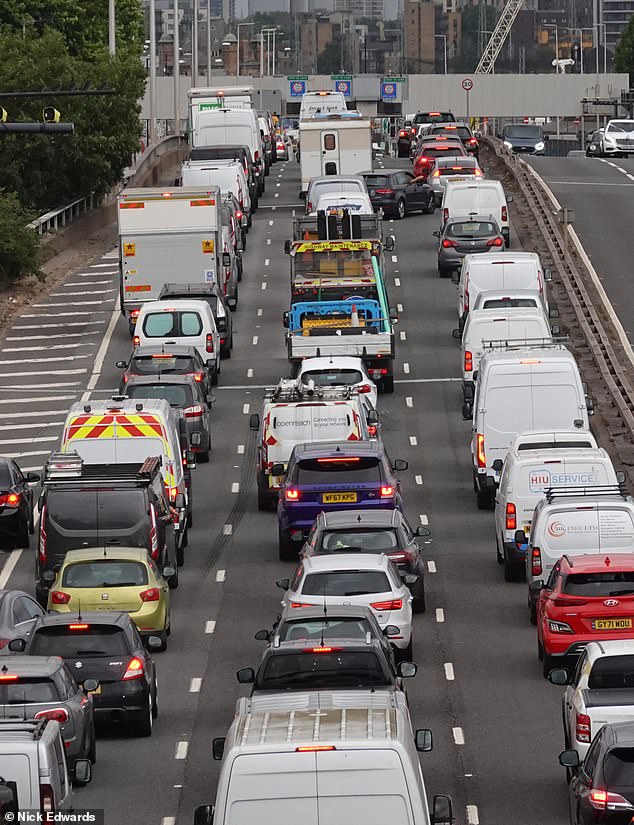 Heavy traffic on the A102 in South East London, another major city with a congestion fee for heavily trafficked roadways.

A view of Singapore, which is among the few major cities with congestion pricing policies around the world.

New York, which has the most congested U.S. traffic, would become the first major U.S. city to follow London, which began a similar charge in 2003.

New York lawmakers approved the plan in 2019, and it was originally projected to start in 2021.

The Federal Highway Administration, which must approve the proposal, said on Wednesday it approved the required environmental assessment.

In the meantime, New Yorkers have been posting their thoughts on the plan across social media.

One account argues the congestion pricing would not alleviate the issue it is intended to resolve, saying instead to 'make on street parking costs parity with parking garage fees'

Another Twitter user argues 'HOV lanes were a good idea,' and for NYC officials to 'Stop taxing us.

I am sick of tolls, surcharges, fees, etc.'

One person kept their comments short and sweet, saying 'This is insane.

Another reason I am glad to be leaving NYC!'

One user looked ahead at the impact of such a proposal, saying 'after billions of dollars have been wasted, and a thousand broken promises later, NYC politicians will come up with a new scheme to rob taxpayers' 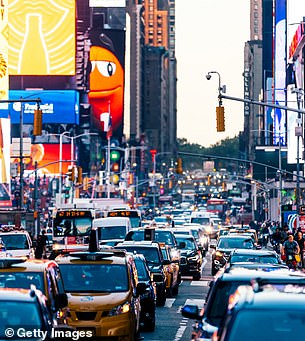 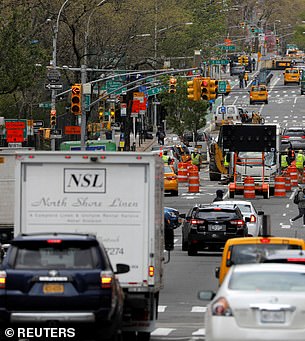 The potential congestion fees, which would go into effect as early as 2023, are projected to bring in £1 billion a year for MTA, which runs the city's public transit system.

The agency will review public comments submitted by Sept.

It did not give a timeline for its decision, but the Metropolitan Transportation Authority (MTA) said the fee could come into effect up to 10 months after approval is granted.

Passenger vehicle drivers could pay £9 to £23 to enter at peak times, while overnight tolls could be as little as £5.