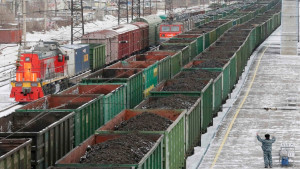 VILNIUS -- On the second anniversary of the disputed presidential election in Belarus, exiled opposition leader Svyatlana Tsikhanouskaya, whom many consider the winner of the August 2020 vote, has named an interim government of the country. Tsikhanouskaya said on August 9, the final day of a two-day conference of Belarusian democratic movements and groups held in Vilnius, Lithuania, that many opposition figures had demanded that she create "a united interim government" and she said she has now established one. The interim government consists of Paval Latushka, who is responsible for the transition of power, Alyaksandr Azarau, who will take care of the restoration of law and order, Valer Kavaleuski, who will focus on foreign affairs, and Valer Sakhashchyk who will represent the interim government on issues related to defense and national security, Tsikhanouskaya said.

She also called on all Belarusians who want to contribute to the transition of Belarus to a democratic country to join her team. After the presidential election on August 9, 2020, Belarus was hit by a wave of protests against the results of the poll, which handed victory to authoritarian ruler Alyaksandr Lukashenka despite claims by opposition leaders that the vote was rigged. Many of Belarus's opposition leaders have been arrested or have been forced to leave the country, while Lukashenka has refused to negotiate with opponents of his regime.

Security officials have cracked down hard on any dissent against Lukashenka's rule, arresting thousands, including dozens of journalists, some of whom are RFE/RL correspondents. Several protesters have been killed, and some rights organizations say there is credible evidence of torture by security officials against some of those detained. Belarusian authorities have also shuttered several media outlets, including the Polish-funded Belsat television channel, the popular Nasha Niva newspaper, the Minsk office of RFE/RL, and dozens of regional publications for their independent coverage of Lukashenka's regime.

On August 9, RFE/RL President and CEO Jamie Fly again condemned the imprisonment of RFE/RL correspondents in Belarus who were arrested over their coverage of the disputed poll and its aftermath. "Two years ago, Alyaksandr Lukashenka stole not only an election, but the futures of our colleagues Ihar Losik, Aleh Hruzdzilovich, and Andrey Kuznechyk," Fly said in a statement. "We condemn the Belarusian government's relentless campaign to criminalize independent media, and demand the immediate release of our journalists imprisoned for reporting the truth."

The European Union, the United States, and several other countries have refused to acknowledge Lukashenka as the winner of the vote and imposed several rounds of sanctions on him and his regime, citing election fraud and a brutal police crackdown.

Tsikhanouskaya, 39, emerged as the face of the opposition to Lukashenka after facing off against the strongman because her husband, Syarhey Tsikhanouski, had been detained to prevent him from running.

He is serving an 18-year prison sentence.