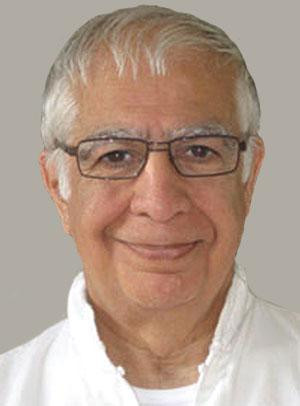 In any international conflict that involves tough political and diplomatic measures and violence of one sort or another, a key question faces the adversaries on both sides: what is the other side's threshold of pain? More than six months after Vladimir Putin's invasion of Ukraine his adversaries would do well to ponder that question. The threshold of pain is a point which when reached obliges the adversary to re-think its current strategy and seek relief.

Some adversaries may try to push that threshold as far as possible even after hearing their bones being crushed. This was the case with Adolf Hitler who was ready to see the whole of Germany turned into a pile of rubble but could not contemplate surrender. Others like what the late Ayatollah Khomeini did in August 1988, would "drink the poison chalice" to avoid the collapse of their regime.

The Iraqi despot Saddam Hussein once offered us his own definition of the threshold of pain. He related how as a teenager he and his mates in Tikrit would jump on trucks carrying goods to Baghdad to get a free ride for kicks. The trouble was that the truck's guard would hit them on their fingers with a wire whip that drew blood.

According to Saddam all the boys would jump off after a few whip lashes-but he would hang until his hands were dripping with blood. "I was proud to see that, as time went on, I was able to hang on for a bit longer." The Apartheid regime in South Africa proved to have a high threshold of pain and decided to throw in the towel not because of sanctions and proximity pressures but as a result of psycho-political changes within the white ruling elites. In North Korea and the Islamic Republic in Iran the threshold in question is fixed by the degree of threat to the regime not the sufferings of the masses.

In Pyongyang and Tehran every pain is worth enduring as long as the survival of the regime is assured. So, what is Putin's threshold of pain? Some Western leaders seem to have assumed a rather low threshold, believing that Putin would cave in once "crushing sanctions" began to show their effect.

To be sure sanctions imposed by the European Union and the United States and a number of other powers notably Japan has not had enough time to affect Putin's behavior. In fact some sanctions have remained at the level of announcement. Russia continues to export energy albeit with generous discounts though the "brown market" outside Europe while Putin has managed to keep inflations under control and, thanks to a war chest created over many years, prevents the rouble from free fall.

It is clear that Putin, having started with the dream of a shirt war ending with victory is now switching to a new strategy of low intensity warfare with a slower rhythm and tempo under his control. Assured that his own Russian territory is treated as a sanctuary, he can pick and choose when and where to turn the heat on Ukraine and the NATO allies supporting it. Worse still he may already be plotting to open diversionary fronts to confuse his adversaries and stretch their resources.

One such front is already taking shape as Serbia, under a pro-Putin team, prepares to invade Kosovo which is likely to drag in Albania as well. Another front is also looming in Moldova where Putin has been shipping vast amounts of arms to a pro-Moscow faction. Russia is also probing the possibility of mischief-making in former French Africa to threaten the supplies of rare metals needed by European industry.

Don't be surprised if even Estonia, a member of NATO, is subjected to what is known as "proximity pressures." As far as Russian human losses are concerned, Putin has also succeeded in pushing his threshold of pain higher than expected. To shield the Russian heartland against big losses he has made disproportionate use of "volunteers" and mercenaries from ethnic minorities.

According to best estimates Russia has lost over 70,000 killed and perhaps three times as many wounded or missing in action. Anecdotal evidence shows that casualties sustained by non- Russian republics of the federation are at least 30 percent higher than those of the "heartland". Russian Foreign Minister Sergei Lavrov says Putin's "Special Operation" will continue for as long as needed to achieve all its objectives.

But he does not say what those objectives are. Putin thinks that the short-termism of politics in Western democracies will lead to a change in public opinion against what is becoming a growingly costly war with no sign of the " victory" promises by outgoing British Prime Minister Boris Johnson and Ms. Nancy Pelosi , Speaker of the US House of Representatives.

The fact that the war in Ukraine has been relegated to inside pages and lower rungs in TV news bulletins in the West encourages Putin in his illusions about a victory he is unlikely to achieve. The effect of Putin's strategy is to cast Russia as an existential threat to the world order, something that would endanger other nations beyond NATO and the European Union. Putin is delusional if he thinks he could foment chaos and expect sympathy and support from China, India and Brazil among the nations he is trying to woo to his side.

Weak leadership in key Western democracies, notably the United States, Britain and France, does not mean weakness in terms of economic, military and cultural power in comparison with a Russia led into the unknown by an overambitious leader. Putin may have a threshold of pain that is higher than Western experts forecast. But, sooner or later, he is bound to reach that threshold.

Even in the 19th century when, after defeating Napoleon, it was the greatest military power in the world Russia was not able to reshape Europe.

Putin may not be ready yet to jump off Saddam Hussein's truck but his refusal to end the war produces nothing but more corpses, Ukrainian, Russian, Daghestani, Chechen, Ingush, Tatar, Charkas, Kalmuk, Bashkir, Kamchatkan and so on.

In his novel "Dead Souls" Gogol notes that "We Russians tend to blame others for our miseries, not knowing that whatever wrong is done to us is done by ourselves." Putin would do well to listen to the master of Russian literature, even though he was an ethnic Ukrainian.