A fired-up truckie has slammed the Victorian government as he claims they continue to refuse to negotiate with struggling transport workers.

Victorian Tippers United Treasurer Ricky Woolcock said the 150 trucks that delayed traffic across Melbourne's CBD on Wednesday morning were in a fight to keep their businesses afloat.

Mr Woolcock said tipping truck drivers were expected to work for the same rate they did before fuel prices soared through the roof earlier this year, meaning strained workers were forced to cover excess costs. 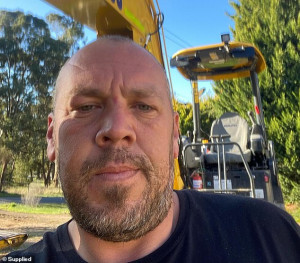 He said that truck drivers wanted their fuel levy - the number used to calculate what a customer is charged for fuel - to be increased to keep up with rising operation costs.

'For us in the tipping industry, the government sets an hourly rate for what we get paid on government jobs, which also affects our pay at private jobs,' Mr Woolcock said.

'The government rate is currently set to allow £1.80p/L for diesel.

'Our trucks average a litre of fuel every 2km and we average 300km to 400km everyday.

While 50c may not seem like much it adds up quickly.' 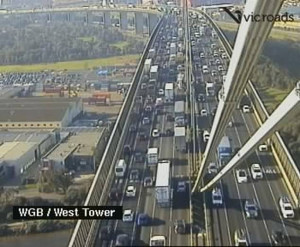 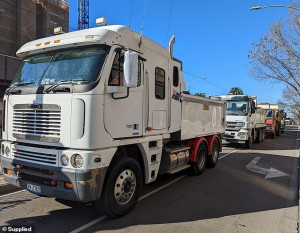 Mr Woolcock said truck drivers had been expected to pay for the difference in fuel price out of their own pocket, with some drivers' pay cut upwards of £500 a week.

He said tip truck drivers tried to negotiate a higher levy with the government in May but were quickly shut down.

'They buried it all and stopped speaking to us,' Mr Woolcock said.

'There's been no communication at all.

'We've been patient but patience can only go so far.' 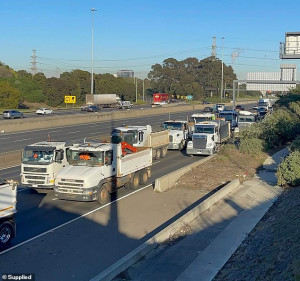 The trucks then continued their crawl up to Victoria's State Parliament, where some remained as others continued to circle the city.

'Fuel goes up but everyone still expects trucks to run,' Mr Woolcock said.

'We're trying to find money to cover everything from tyres to insurance while taking on this extra cost.

'The government has this mechanism (the levy) in place to help us cover costs but they're refusing to do it.'

Mr Woolcock said more than 500 tipping truck drivers who were unable to joint the convoy also went on strike on Wednesday to protest the government's low levy.