This autonomous truck is aiming to reduce emissions across the world 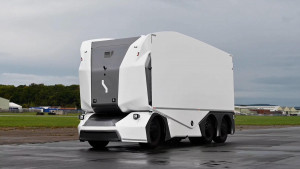 Ford Motor Co said on Wednesday it will start producing electric vehicles in Spain later this decade but that would imply "significant" job cuts at its Spanish factory and another one in Germany amid its ambitious electrification push in Europe.

The U.S.-based carmaker said in a statement it had chosen its plant in Valencia as the preferred site to assemble vehicles based on a next-generation electric vehicle (EV) architecture.

The other contender for the project was Ford's plant in Saarlouis, Germany, which will continue to produce its Focus passenger car only through 2025, when car production will then stop, a spokesperson confirmed.