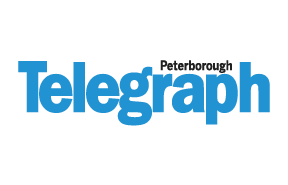 The new GBP96bn high-speed rail line is designed to connect London with Birmingham, Manchester and other major towns and cities in the Midlands and North of England. The government has said that HS2 will cut Birmingham to London journey times from one hour 21 minutes, down to 52 minutes. That leg of the journey is now expected to be the first to open, between 2029 and 2033.

Responsible for driving open and transparent communication with all residents, Mr Jackson will be tasked with fulfilling the commitments set out in the HS2 community engagement strategy and the residents' charter.

This includes building long-term relationships with communities, encouraging HS2 Ltd's workforce to listen to local concerns and work with communities to develop local two-way engagement and communication programmes. In his role, Mr Jackson will also regularly meet with the HS2 Minister, Andrew Stephenson, and the HS2 Ltd Chief Executive, Mark Thurston, about emerging trends and concerns, ensuring the government meets its core principles of respecting people and places as we continue to build HS2, improving transport connectivity across the North of England and the Midlands and levelling up the nation. HS2 Minister Andrew Stephenson said: "As we continue to build this revolutionary railway it's vital we bring the public with us, supporting the communities around construction as we work to improve transport links and level up the nation.

"Stewart has years of experience working to champion the public and I look forward to working with him on this vital project. Mr Jackson added: "It's a huge honour and I welcome the challenge to build upon the excellent work of Deborah Fazan, as the new Residents' Commissioner. "It's also an exciting time, as the HS2 project evolves but at its heart is the residents' charter and a commitment to treating people and places affected by HS2 with respect, empathy and sensitivity and ensuring a dialogue with communities is done in a clear and transparent way, not just engaging but listening and prompting action in a timely manner.

"I am delighted to have the chance to help shape this important work."

Mr Jackson served as MP for Peterborough for 12 years between 2005 and 2017 and held roles including front bench spokesman, whip, Parliamentary aide to two cabinet ministers and a special adviser at the Department for Exiting the European Union.