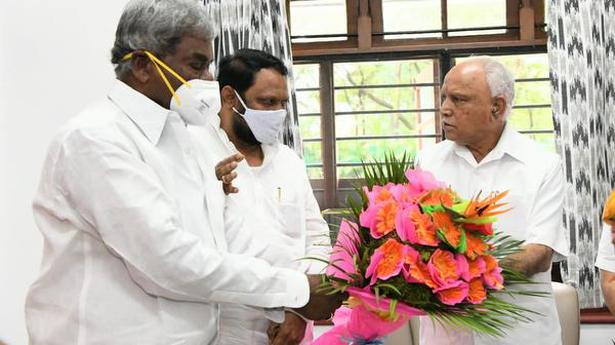 After being criticised for not releasing funds to pay the salaries of employees of road transport corporations, Deputy Chief Minister and Transport Minister Laxman Savadi on Monday said that Chief Minister B S Yediyurappa has directed officials to release INR635.50 crore “immediately”. Non-payment of salaries for over 1.3 lakh employees of four road transport corporations (KSRTC, BMTC, NWKRTC and NEKRTC) during Deepavali had caused much embarrassment to the government.

Employees had expressed disappointment over not getting October salary and demanded advance payment of at least INR15,000. Children of some of the employees had, through video messages on social media, appealed to the CM to pay the salary so that they could celebrate festivals like others. Opposition party leaders too had ridiculed the State government for not paying salary on time.

Office of the deputy chief minister, in a press release said, the Transport Minister met the CM and requested him to release the required funds. “The CM has instructed the officials to release the money required to pay the salaries from October to December. The State government is providing 75% of the amount and Corporations will bear 25% of the cost,” the release stated. The release also stated that due to poor ridership after the outbreak of pandemic, the revenue generation of the Corporations has not crossed 30%.

In mid-October, citing poor revenue generation, all the road transport corporations had sought the State government to release INR634.50 crore to pay the salary of employees till December.

After the outbreak of COVID-19, the State government provided close to INR1500 crore to pay the salaries from April to September.